Seychelles beckons one and all with her azure blue waters, swaying palms and balmy sunny days.

The History of Seychelles

The stunning islands of the Seychelles remained uninhabited throughout most of recorded history, yet it was first identified in 1502 by famous Portuguese explorer Vasco de Gama who named the island 'The Amirantes' in his honour, with the seven surrounding inner islands being named 'As Sete Irmas' which translates to the Seven Sisters.

The island was first settled by the French in 1770 and the influence of French culture still remains intact, even after 150 years of British rule. The Seychelles was ceded to Britain in 1814 after the defeat of Napoleon at Waterloo and then achieved a population of some 7,000 inhabitants under the British by the year 1825. Important Estates that produced coconut and various other food crops were also established. During this time Victoria on the island of Mahè was established as the capital of Seychelles.

It was in 1976 that Seychelles achieved its independence from Britain, becoming a republic within the commonwealth and welcoming Manchem as its first President, with his term being short lived and soon seeing France-Albert Rene becoming president. For 16 years the Seychelles was a one-party state until constitution was amended in 1991 allowing for multiparty system of government. President Rene remained a popular candidate and was president until 2004, at which time he turned the office over to long-time associate James Michel, who is now the current president of the Seychelles. 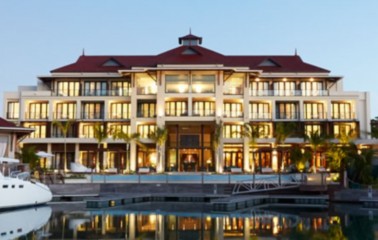 Ideal for a luxurious holiday, honeymoon or conference accommodation, Eden Bleu Hotel i... 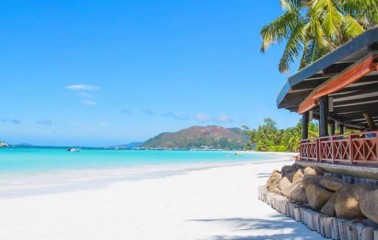 Located in one of the world’s most romantic locations, Paradise Sun Hotel is a charmin... 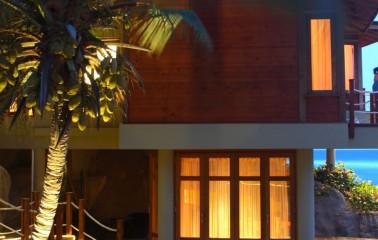